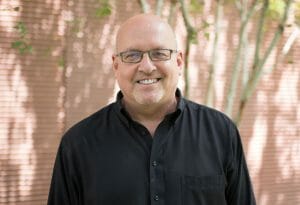 Dr. Wiedrich is associate professor of conducting at the University of South Florida School of Music where he conducts the USF Symphony Orchestra and Opera Theatre. He heads the graduate program in conducting, and maintains a large private studio of conducting students across the state of Florida.

Before his appointment in Tampa, Dr. Wiedrich held faculty conducting positions at East Carolina University and Michigan State University, and visiting professor and conductor at the University of Michigan where he later earned his doctorate. His teachers include Gustav Meier, H. Robert Reynolds, and Larry Rachleff, as well as Gunther Schuller at the Festival at Sandpoint. He has also attended the conducting seminar at Tanglewood.

He is a member of the Board of Directors of Quorum, a professional contemporary music ensemble, and is a founding member of newmusic, a similar ensemble in the Tampa Bay area. He has conducted the Tampa Bay Youth Symphony in Carnegie Hall, and has led the orchestra in a commissioning project that has produced significant new works for young orchestras.

A published composer and arranger, Dr. Wiedrich is in demand as a clinician and adjudicator throughout the United States. Ensembles with whom he has collaborated have consistently received praise for their sensitive performances.